Traditionally, hearing loss has been seen as a condition that primarily affects older individuals. And while it’s true that a certain segment of the population – those 65 and older – is more susceptible to age-related hearing loss, hearing loss affects younger people, as well. In reality, individuals of all ages are at risk for hearing loss.

The number one cause of hearing loss is excessive noise. Sounds that exceed 85 decibels are considered hazardous; continuous exposure leads to permanent damage of the hair cells of the inner ear. Even a single exposure to a very loud sound, such as a gunshot or explosion, can result in immediate, irreversible hearing damage.

The normal aging process (presbycusis) is a close second – and it starts much earlier than you might think. Changes in hearing begin at age 20, with significant hearing loss as early as 40 years of age. At age 65 and older, one in three people has some type of hearing impairment. 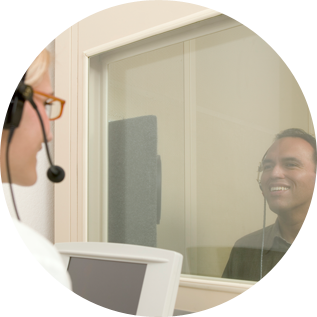 Many people have noise-induced hearing loss due to loud sounds in the environment. Sensitive structures in the inner ear can be damaged by prolonged exposure to excessive noise – or even by a single event like an explosion.